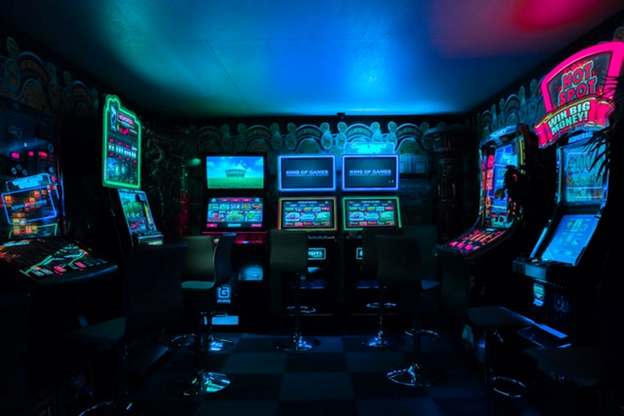 Gone are the days of SEGA and brick games, when playing games was simply a way to relax. In the fast-paced world of today, gaming is more than just a way to unwind after a long day. Granted, quite a lot of people may still be using gaming platforms as a way to just have fun, but with online gaming competitions and game streaming platforms like Twitch, things are more intense than ever, and gaming has become a whole new world in itself.

While the 1990s usually had games in CD form or at best a Nintendo, as millennials will fondly remember, the era has changed. Today, gaming is supported in HD with almost zero lags, through high-speed broadband services like Xfinity internet. Online gaming over the internet in multiplayer teams with strangers you don’t even know is something that would have been nothing short of a miracle a few decades ago. But luckily, it is a reality we continue to live in every day.

Since gaming is such a big part of so many U.S citizens, we hope to make the process easier for you. This article describes some of the top internet service providers in the industry that you can trust to make your gaming experience as great as possible.

Xfinity, being such a big name as, it is no surprise that you’ll find this name on the list. Xfinity internet is known for its high-speed internet broadband, complete with streaming services and other perks to make your entertainment life as engaging as you would imagine.

Xfinity Internet comes with insanely high internet speeds that you can find in multiple speed tiers. This way you can choose a speed that works both with your gaming plans and your budget. Xfinity internet through cable plans has a latency of 18ms, which is decent enough for online gaming. However, if you are looking for something even better, Xfinity does offer fiber internet in select areas. Fiber internet through Xfinity gig speeds and lower latency which means that your gaming console doesn’t lag even for a fraction of a second. Say goodbye to long hours of buffering or lags at the most crucial point in your game!

Xfinity internet plans start as low as $19.99 per month for 50 Mbps, although you may need higher-tier plans for certain games. The best part with Xfinity internet is that it gets you a promo pricing for a certain period depending upon your agreement plan. This way you can rest assured that no price hikes will randomly occur during your billing period.

Xfinity internet also gets you an Xfinity Flex and a Peacock premium subscription for free. In case you feel like taking a break from all the gaming, you can always decide to watch something instead. With 15000 hours of on-demand content and the choicest of titles you will ever find.

One of the top reasons why Frontier remains unmatched on the market, is due to the high coverage it offers. Especially when considering rural areas and the suburbs since Frontier internet works with DSL, which not only has high coverage but also speeds good enough to function seamlessly. And if that doesn’t work for you, Frontier also boasts a worthy fiber-optic network, with gig speeds, symmetrical for uploads and downloads. Marketed as Frontier FiberOptic, this service is surely one of the best in the region.

Frontier internet comes with zero data caps, which means you have unlimited data. This is one more point that makes Frontier stand out to dedicated gamers, who want nothing to do with data caps. If you have a large household with a lot of users and gamers living under your roof, Frontier internet is definitely the way to go.

With a price tag starting at $24.99 per month for DSL plans and $74.99 per month for fiber plans, Frontier prices are always market competitive. You may get a lower pricing model if you sign up for contracts with Frontier, but you do have an option of going contract-free if you do not like being bound up in figurative chains.

Although Verizon is more widely known for its excellent phone services and cellular internet, it is in fact a rather large internet provider in the U.S. With a wide operation in the metro areas and modest coverage, Verizon continues to be one of the best internet providers in the industry. Verizon supplies its services areas with high-speed fiber internet, with symmetrical upload and download speeds and quality services.

From a gaming point of view, Verizon wins in more than just one category. Not only does it have insanely fast speeds, there are absolutely no lags. With a latency of 12ms, one of the best available out there, Verizon is not playing any jokes. Quality services with Verizon also mean that Verizon internet plans come with no data caps whatsoever. Since that is a major consideration for many gamers, Verizon is definitely a crowd favorite.

Pricing plans are not too complicated with Verizon which is another reason to like the service. You can get 200 Mbps through 940 Mbps of internet speeds in three easy tiers. The pricing ranges from $39.99 to $79.99 per month. This may seem a little steep but considering all that Verizon has to offer you, we would say it is pretty decent pricing for the service.

One of the lesser-known names on the market, CenturyLink still makes an impact as quite a favorite of the masses. Whether it is entertainment, gaming, or general internet use, CenturyLink more than enough has you covered.

CenturyLink offers internet through DSL and Fiber, but the speeds are better than many other small-time providers in the U.S. From 100 Mbps to 1000 Mbps, there are speed tiers of all types available for CenturyLink users. The lower tier plans are usually DSL and come with a data cap of 1TB. Conversely, CenturyLink fiber plans offer gig speeds and unlimited data to all their users at a very good price. In fact, CenturyLink offers some of the best prices in the industry.

With a latency of 36ms, CenturyLink definitely works wonders with the gaming lifestyle. If you are in an area where not many big-name internet brands are available, CenturyLink may just be the answer to your prayers.

Gaming is a wonderful way to pass time and comes with many perks. Nothing beats the high of that glorious adrenaline rush after a good gaming session. However, if you have the wrong internet choices, gaming can become frustrating and annoying. Hence, it is best to have a high-speed internet connection from a trusted source for the process.

Visit the BuyTVinternetPhone page for more information on the top internet providers in the US industry!